Kumawood actress, Gloria Kani has revealed that John Dramani Mahama is not the biological father of the newly born daughter of Tracey Boakye.

Gloria Kani is alleging that Mr Mahama cannot be the real father of the child as Tracey Boakye was dating different men.

She reveals that Tracey is blackmailing Mr. Mahama with her child and there is the need for Mr. Mahama to request for DNA to prove who is the real father of the child.

The actress turned evangelist made this known in a well-patronized live video stream on Instagram Wednesday. 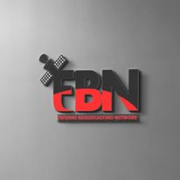 Man thanks God after he survived a close brush with death

Sarkodie, You Do All-Joey B Praises Sarkodie (Video)